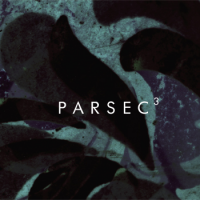 Parsec3 is a free improvisation trio which draws its colours extensively in various current musical languages, from the densities and dynamics of free jazz, to the noise vague, but also with some microtonal elements, in order to try a synthesis, but also a creation rooted in our fast changing and unpredictable times. This trio is composed of experienced musicians who like to take crossed-paths and to share to the public their quest of the unknown and surprise.