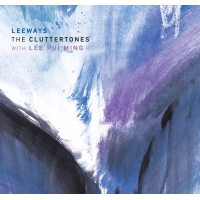 The first 23 seconds you won't get back. Ever. The rest is atmospheric depth diving. Somebody needs to book a trip to the dentist.