Cry Me A River by Bill Mentz 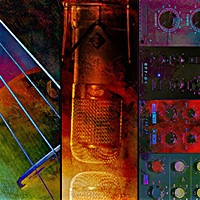 A high class blues rendition of a firm favorite. Still proving if your tears can't fill a dam, don't give one.

This song was recorded July, 2017 in Troudale, Ore. Gino Vannelli produced and arranged this beautiful classic in his private studio. It's the 2nd installment in what I hope becomes a series.