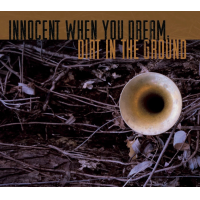 Album Title: Dirt In The Ground
Label: Self Produced
Released: 2017

Innocent When You Dream: Dirt In The Ground is Aaron Shragge’s second release interpreting Tom Waits’ stylistically diverse repertoire by creating instrumental versions of his most memorable songs. The album dives deep into the distinct collection of Waits' material, exploring the colours and tonality of his lyricism, through unique instrumentation and arrangements. Covering a wide period of Waits' career, and using lyrical content and mood as the starting point for exploration, the band moves beyond the realm of covers, creating a distinctive sound that draws from jazz, rock, blues, world music and the avant-garde. Dirt in the Ground will be released in Europe on Friday, May 12th, 2017 and worldwide on Friday, May 26th, 2017.

Chicago; All The World Is Green; Dirt In The Ground; Down In The Whole; Ol' 55; Hang On St. Christopher; The Briar And The Rose; Temptation; In The Neighborhood; Anywhere I Lay My Head; You Can Never Hold Back Spring.