Dream by NOTHING BUT YOU 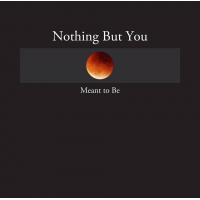 One of a kind! Is there a Men in Black 4 due? This should be on the score for the zap moments.

Nothing But You's debut consists of 12 tracks including covers of Frank Sinatra’s “Dream”. Within its first days on SoundCloud, the song generated over 36,000 plays.

About NOTHING BUT YOU