You're All The World To Me by Kat Gang 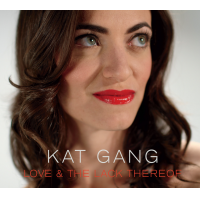 Stellar band comprised of Mike Renzi, Jay Leonhart, Buddy Williams and Harry Allen - swing their way through this gem of a standard. Lane & Lerner's "You're All The World To Me" was a feature for young Harold Nicholas of the famed Nicholas Brothers, in the 1934 film, "Kid Millions", and in 1951, had Fred Astaire dancing on the ceiling in "Royal Wedding". This swinging rendition kicks things off with Kat scat-dancing through the changes, never missing a step.