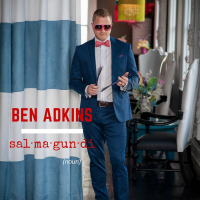 This is a cover track from my new album Salmagundi (noun: a heterogeneous mixture). It is a collaboration amongst friends with the intention of keeping it interesting, while keeping you dancing. This track is a cover, originally written by Blue Mitchell, however most of the album is original music. Check it out! Alphonso Horne: trumpet and flugelhorn; Joshua Bowlus: piano and Rhodes; Paul Miller: guitar; Stan Piper: bass; Ben Adkins: drums. Special Guests: Linda Cole: vocals: Chris Adkins: guitar; Michael Emmert: sax.