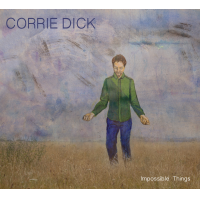 Can't fault the composition, the sound or it's delivery. The suggestion that core body temperature is less than 80-100F is a wonder. #mixedmetaphor #posthumouslyric

'Soar' is the first track from "Impossible Things", the debut album from Corrie Dick on the Chaos Collective label. Incredible solos from Matt Robinson on piano and George Crowley on saxophone are complimented by an impassioned performance from vocalist Alice Zawadzki. A surging emotional tribute to guitarist Mike Walker by this young drummer/bandleader.